REARRANGED - The life and ideas of Thomas Spence 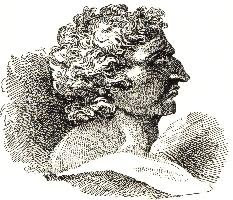 Please note this is the rearranged meeting from April. Please look at the earlier blog for some of the background surrounding Thomas Spence.

Web pages with material on the life and ideas of Thomas Spence include:

The Political Works of Thomas Spence

The Thomas Spence Society
Posted by Radical History Network (RaHN) at 8:05 AM No comments: Links to this post

YOU POOR TAKE COURAGE,
YOU RICH TAKE CARE.
THIS EARTH WAS MADE
A COMMON TREASURY,
FOR EVERYONE TO SHARE.

Digger, any of a group of agrarian communists who flourished in England in 1649-50 and were inspired by the ideas and writings of Gerrard Winstanley and William Everard. In April 1649 a large group of poor but determined men assembled at St. George's Hill, Surrey, and began to cultivate the common land. These Diggers held that the English Civil Wars had been fought against the king and the great landowners; now that Charles I had been executed, land should be made available for the very poor to cultivate. The numbers of the Diggers more than doubled on various sites during 1649 but their activities alarmed Cromwell's government and roused the hostility of local landowners, who were rival claimants to the common lands.


'Winstanley' is a detailed and dedicated depiction of political idealism and of the Diggers' struggle to establish a proto-communist collective. Brownlow presents all the grim realities of life in post Civil War Britain with fanatical attention to detail and everything from footwear to livestock were thoroughly researched. Undoubtedly this is one of the most authentic recreations of the Civil War era ever filmed and the (ongoing) clash between radicalism and the establishment. Shot in stark black and white, this is a brave, grave and deeply rewarding film that combines historical accuracy with the story of a committed activist.

If you would like to know more about Winstanley and the Diggers the link below is a lecture on Winstanley by the historian of the Civil Wars of the 17thC Christopher Hill
http://www.diggers.org/diggers/gerard_winstanley.htm
Posted by Radical History Network (RaHN) at 7:16 AM No comments: Links to this post

Thomas Spence meeting to be rearranged

Unfortunately the meeting on Thomas Spence had to be cancelled. It will, however, be rearranged for a future date
Posted by Radical History Network (RaHN) at 3:48 PM No comments: Links to this post