Spain and the World: Aspects of the Spanish Revolution and Spanish Civil War

This is a first for the Radical History Network of North East London: a pamphlet published only online. This is an unusual undertaking for us, as normally we would publish in paper and charge a price to recoup our printing costs. However we have decided to publish a series of short pieces on various aspects of the Spanish revolution and civil war (SR/CW) which interest members of the group and our supporters. Books, pamphlets and articles abound on the SR/CW, but we hope that these pieces will add a different take on things and give a different point of view on these historical events. We hope that from the beginning of publication to the year's end more contributions will be received and enlarge the project. Anyone who is in broad agreement with the group can make a contribution.


The pamphlet is published on the occasion of the 75th anniversary of the attempted military coup begun on 18 July 1936 by right-wing generals, and stopped in its tracks by the people of Spain who went on to fight a bloody civil war that lasted nearly three years. During this period sections of the Spanish people experimented with self-managed organisation of work and society in town and country, and with a new economics. This revolution was to be destroyed by the authoritarian communist reaction and the politics of popular frontism, fascist militarism and the machinations of international deplomacy. The pamphlet explores some of these themes, how they have been perceived, and how the contexts changed and undermined the truly phenomenal revolution in life undertaken in such adverse circumstances. Anarchists and libertarian socialists celebrate this achievement! 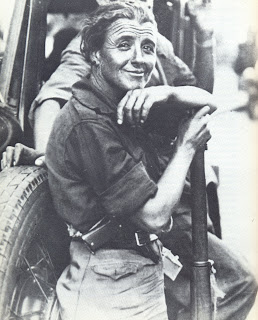 "You Comrades of Barcelona and Catalonia in general are giving a shining example to the workers of the rest of the world, that you fully understand the meaning of revolution. For you have learned through past mistakes that unless the revolutionary forces succeed in feeding, clothing and sheltering the people during the revolutionary period, the revolution is doomed to ruin. For its strength and security lie not in the state or in the political power of parties but in the constructive efforts during the fighting period. Your marvellous experiment will and must succeed. But whether it does or fails, you are planting new roots deeply in the soil of Spain, in the hearts and minds of your people and in the hearts and minds of the oppressed all over the world."

* Spain and the World - originally published by Freedom in London from 1936-39, edited by Vernon Richards

Please click on link to go to any of the chapters
Workers' control in the Spanish Revolution 1936
Spain 1936: the view from the East End
Spain 1936 and the tragic consequences of anarchist participation in the Popular Front government: a lesson for the future
British Imperialism and non-intervention
Writing about medicine and health in the Spanish Civil War
Barcelona 1937 : a contemporary view of events
Eric Hobsbawm and the politics of writing history

Previously published on this blog
Women in the Spanish revolution