This was a great success- and it was a lively buzzing atmosphere at the MMU Business School on Saturday 15th November for the No Glory Day School. Fifty people attended and we learned a lot from one another, exchanged ideas, thought about future activities by creating a time line which covered local, regional, national and international events. We ran a banner workshop throughout the day and we produced a beautiful banner.
Ali Ronan gave an inspiring opening talk appropriately titled “It is our duty to clamorously and unceasingly agitate”, which told the largely forgotten stories of women who campaigned for peace throughout World War One, focusing on Manchester women in particular. 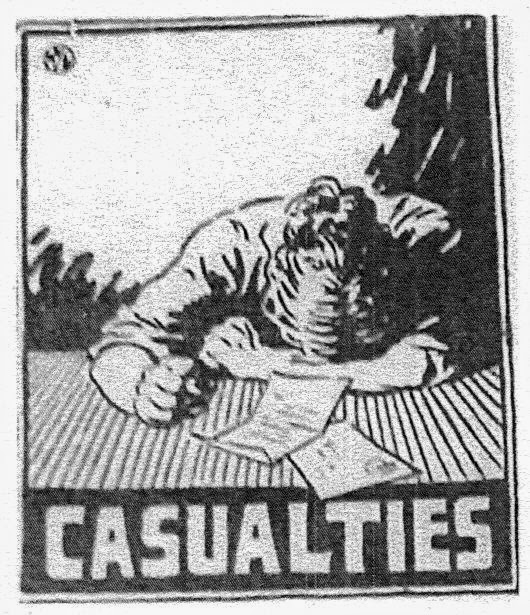 Penny Hicks from Stop the War Coalition facilitated one of the two workshops on building an anti-war movement today while Chris Clayton’s workshop looked at research into conscientious objectors giving local researchers a chance to share their findings.

After lunch Lindsay German gave an excellent talk on how 100 years of war has changed women’s lives.

This was followed by Ali Ronan sharing her research on publicity and handbills which gave an insight into the bravery and resourcefulness of activists a century ago and allowed contemporary activists a chance to think about their own publicity.

Meanwhile Jean Spence led a moving workshop on creating and producing imaginative/photographic narratives of remembrance, using material she had bought from eBay and from records found in a local Boys Club.

The day finished with a look at both the timeline which participants had been adding to throughout the day, and showing off the banner to much applause.  We went away feeling inspired. 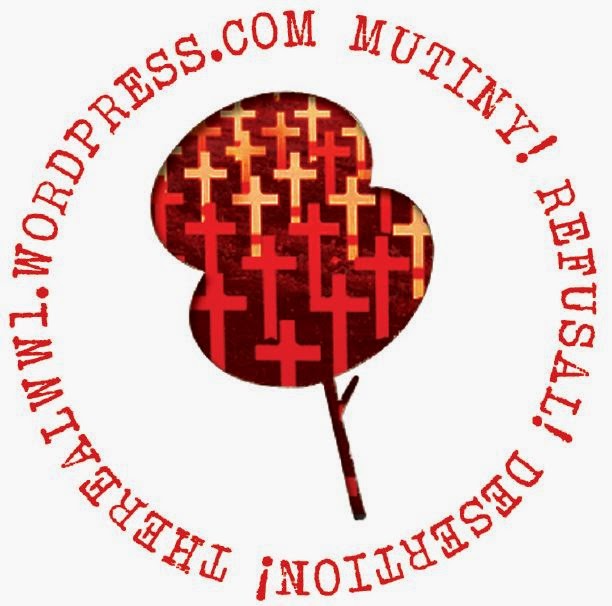 So November wasn’t all about the cultivation and cult of ceramic and other poppies (the latest opium of the people?)…

·         Barrie Mills led a talk about the Northern Peace Board and the work of Manchester Quaker and University tutor, John W Graham who was instrumental in coaching COs for the military tribunals that were set up after the Military Service Act 1916. Graham was an active member of the local No Conscription Fellowship

·         Malcolm Pittock gave a very moving talk about his uncle Alfred Evans who was an absolutist CO and was taken to France in the summer 1916 and threatened with execution. This was commuted to hard labour and Evans was a prisoner until 1919.

“None of the books are quite accurate about him because they do not know that he had a serious eye condition, which developed in the 1920s and which a botched operation only made worse. So when he was required to register for fire watching in WW2, he could easily have used medical evidence to get himself excused, for his sight was too bad for him to do it. But it was the principle of the thing that he objected to and so he did not refer to his eyesight when refusing to do firewatching and was sentenced to three months imprisonment. A CO friend of his, Jock Murphy, who had managed to obtain unconditional exemption (I think he obtained it when conscription was reintroduced but before the war was declared) went to prison with him. He was thus one of of the very few CO's to be imprisoned in both wars. What was also distinctive about him was that in WW1, he objected primarily on religious and secondarily on political grounds. He was a Roman Catholic and his position was closely similar to that of the Catholic Workers today, who reject both the doctrine of the so-called Just War and all social injustice. At 21, and working class through and through, he had worked it out for himself with the assistance of Leo Tolstoy and Karl Liebknecht.”
- Malcolm Pittock on Alfred Evans, Dec. 2014
See also:

Max Plowman and the Literature of the First World War by Malcolm Pittock,

in The Cambridge Quarterly

PREVIEW: This article argues that Max Plowman, the only member of the armed forces to be court-martialled for refusing to return to the Front in the 1914–19 War, has been oddly neglected. Consideration both of his case and of his Memoir, A Subaltern on the Somme, however, can illuminate the partly parallel case of Siegfried Sassoon, and lead to a reappraisal of the orthodox account of the literature of the First World War.
Posted by Radical History Network (RaHN) at 11:59 AM