ANTIGONE in VICTORIAN ENGLAND - Helen Macfarlane, Revolutionary and Feminist in the Year 1850. By David Black

The Divine Idea of Liberty
Following the overthrow of Louis Philippe in France in February 1848, the tide of Revolution reached Austria within weeks. In March, the citizens of Vienna overthrew the government of Prince Metternich and forced Emperor Ferdinand to concede a representative Diet and a new constitution. But the Hapsburgs played for time and struck back. In October, Field Marshall Windischgratz’s troops stormed the city and restored the status quo. A new Emperor, Franz Joseph, annulled the constitution. In Hungary however, the imperial army was driven out and independence was declared. Here, counter-revolution required outside help, and this was provided by Czar Nicholas I under the terms of the Holy Alliance. Russian troops invaded Hungary and restored Hapsburg rule. Afterwards, Windischgratz’s successor, Field Marshall Von Haynau, unleashed his own troops on the defeated Hungarian population in an orgy of reprisals.
Present in Vienna in 1848 was a British woman called Helen Macfarlane, then about 30 years old. The experience of Revolution and ensuing Counter-Revolution had a profound effect on her. When she

From the workshop gate I could see, at the corner of the street, a big stone cross - the High Cross, a relic of the days of chivalry. I thought it marked a stage of the journey taken by the funeral procession of Queen Eleanor in 1290. The story of how she had sucked the poison from a dagger wound inflicted by a Moor upon her husband, King Edward, when he was crusading in the Holy Land was one of the romances of my school­days. Afterwards I learned that this was not one of those famous crosses, yet it held for me the glory and thrill of romantic history.
Though not so fine as Charing Cross or Waltham Cross it still raised itself to the sky with a proud gesture as if the men who made it said, " We are not so little after all! " My eyes rested gratefully on the delicate stone traceries of the High Cross in those early misty mornings when I hurried by it to work. Almost opposite the High Cross above a shop - which may have been a saddler's - was the skeleton of a horse, propped up with iron supports against the sky. The wind whistled through its unprotected ribs and made play around its knobbly knees. It looked in­credibly mournful and desolate. As a decoration I preferred the medieval cross with its suggestion of beauty and dignity, but as an introduction to an age of realism perhaps the bony skeleton was more fitting. Alas! the age of realism proved too much for its symbol, for the bony skeleton has long since vanished while the High Cross still celebrates the triumph of human hands and minds.

Read more »
Posted by Radical History Network (RaHN) at 9:32 AM No comments: Links to this post


I FACE THE WORLD

I soon slipped into the life of the workshop, extracting interest and amusement, as well as enduring boredom. Up in the woodwork shop we boiled cans of tea at breakfast time on the gas jet used for heating glue, and sometimes we fried sausages. Reid, a thick-set, clumsy young man, who was the workshop humorist, gained general applause one morning by cleaning the greasy frying-pan on his mop of hair. Another jest of his was to pour out grey paint from a bucket on to the newly made wooden shutters, then-instead of a paintbrush - he seized a broom and painted vigorously.
I wore a leather apron now - black and shiny with oil - and with my sleeves rolled up, I ran every morning to the corner shop for "a penny tin of skim milk" for our workshop breakfast. The grocer asked me one morning if it had to be "skim," but I saw no humour in this. About five-thirty a.m., on my way to work, I would buy hot cheese cakes fresh from the oven for a half­penny at a coffee stall. Another halfpenny would buy a cup of hot tea. Thus fortified, the sleepy desolation of my morning journey gave way to a sense of well-being.

Read more »
Posted by Radical History Network (RaHN) at 9:07 AM No comments: Links to this post

What is libertarian history?

A differently formatted and illustrated version of this (half) article is published in
Black Flag, Issue 232, 2010/11, pp.28-29, under the title ‘The history of history itself.’
Part 2 is due to appear in the next issue of Black Flag in May 2011 (watch this space).
There are a number of historical contexts which might be expected to attract a libertarian historian looking for a research topic, those times when significant numbers of people did appear to be acting collectively to take control of their lives and inaugurate a fairer, non-authoritarian form of society: the Paris Commune of 1871, workers’ councils in the Russian Revolution, Spain 1936-37, and Hungary 1956 spring to mind. A lot of good work has been done on these and there is room for plenty more, not only to draw the lessons – that what was achieved once could be possible again; what went wrong and why – but as a corrective to the disinformative history that the opponents of libertarianism tend to propagate. In the case of Spain, there are still books being produced which manage almost entirely to ‘disappear’ the anarchists.
It has been well observed that history is written by the winners, and libertarians have not won in the long run (yet), although the proposition is less tenable now that your actual working historians are a comparatively large and varied set of people and many amateurs have access to a range of resources for research and communication. Historians of medicine sometimes tell the story of the brain surgeon who said ‘I think I’ll take up history when I retire’ to a historian, who replied ‘Good idea. I’m retiring soon too, maybe I should take up brain surgery!’ It doesn’t quite work, though: while taking the point that history can claim to be a serious occupation rather than a hobby and a bit of study and training in techniques is likely to be useful, it isn’t really rocket science, or brain surgery, and there is some sense in the idea that anyone  can decide to do it. This article will look at some ways in which it has been done, and at some of those who have done it, and consider whether a case can be made for a distinctive libertarian contribution to the theory of the subject as well as to its content.
Read more »
Posted by Radical History Network (RaHN) at 7:36 AM 1 comment: Links to this post

Book Review - Who Do You Workers Think You Are? 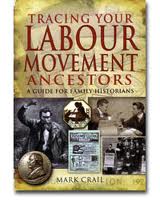 Mark Crail, Tracing Your Labour Movement Ancestors: A Guide for Family Historians. Barnsley, Pen & Sword Books, 2009. 176pp, £12.99 pbk. (Or try public libraries around shelf-mark 929.107, or in the family history section)
You don’t have to be a celebrity or a distant descendant of aristos, royalty or other dodgy characters to stand a good chance of finding some interesting twigs on your family tree. This small information-packed volume indicates some of the directions enquiries may lead in if there is, for example, a trade-unionist, Chartist, or Co-op supporter among the ancestors, and how they might be followed up. It includes many illustrations from the author’s own collection of labour movement memorabilia, showing that his knowledge of the subject is more than academic.


Unfortunately for libertarians, bureaucratic organisations tend to keep and preserve better records, and it is inevitably the mainstream movement that gets most attention here. Then again, few of us can expect to have an impeccably anti-authoritarian pedigree, and at least in the chapters on the historical context, a substantial part of the book, the author includes a lot more than the obvious big players. The Great (syndicalist) Unrest of 1911-12 is mentioned along with other episodes of intensified industrial struggle, including the two world wars, and not forgetting the state’s repressive response. For some researchers, police (special branch) files and prison records may therefore be a fruitful source.

Some smaller organisations are briefly described including sundry Trotskyists, the Co-op Party, and Common Wealth which Crail says took a ‘libertarian socialist stance’.  He doesn’t go so far as to give anarchists as such a look in, but anyway as he points out with reference to other groups, those who are openly up against the law are not likely to keep too many personal details written down. Here too the reports of their watchers in the good old National Archives may be helpful.

Altogether there are many useful pointers to help in the continuing work of uncovering hidden history, in addition to and beyond the family, not only of struggle but of workers’ lives and constructive action. 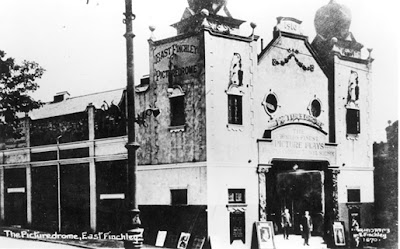 This year the  Phoenix , one of the old cinemas in Britain, is celebrating  its 100th birthday. Its architectural features alone are outstanding.  Come and join us while we celebrate with an appreciation.

The invention of the cinema is one of the signposts of the modern  era. Previously culture meant either trips to the theatre [ the cost !]  or to the rowdy music halls, which have their virtues  but even applied art is not  one of them.  The cinema opened up a whole new world  to which even people born and brought up like Charlie Chaplin, from the London workhouse,  were able to contribute and make their own distinctive mark.

America of course was the home of this startling new medium but it was not long before the long arms of capitalist enterprise engulfed it . Over time various artists have attempts  to establish a degree of professional autonomy . Many were sympathetic to, or actually joined, the communists, more as a sign of resistance than to signify ideological commitment. McCarthy did his best to eradicate that. 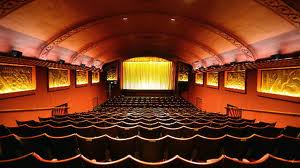 Read more »
Posted by Radical History Network (RaHN) at 7:07 AM No comments: Links to this post