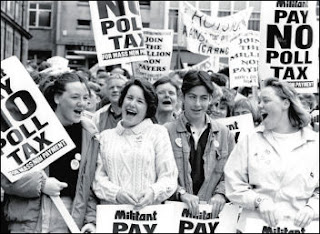 *  Come along to hear about one of the largest and most successful grass-roots opposition movements of the 20th century in the UK
*  Exhibition of material/posters etc from the time
*  Film of the battle of Trafalgar Square
*  Rub shoulders with activists from all over London who were there!
*  Bring food to share..

What was it all about?  How was the campaign won?  What we can we learn from what was achieved?

An unfair and hated tax
Read more »
Posted by Radical History Network (RaHN) at 3:54 PM No comments: Links to this post

Tony Cliff ten years on - what did he achieve? 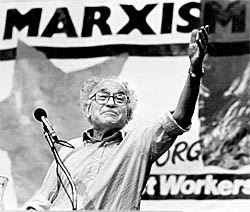 It is ten years since Tony Cliff   died and like him or not, it has to be admitted that he was a major figure in the politics of what is called revolutionary  politics in the last century.   His advocacy of a return to the politics of Marx and Lenin was distinctive,  rejecting the stalinism and trotskyism  of the day.


Read more »
Posted by Radical History Network (RaHN) at 6:07 AM No comments: Links to this post