Spies for Peace: the (inside) story continued

Noting from our London Rebel History calendar that it is 55 years since the Official Secrets Act (OSA) Trial of anti-nuclear activists began, it seems a good enough time to post this rediscovered article from Inside Story no. 9, May/June 1973 on a famous episode in the later history of direct action in the same context. In summary, it assesses the impact of the 'Spies for Peace' revelations in the mainstream media and in the left-libertarian and peace movements.

The Ones That Got Away... 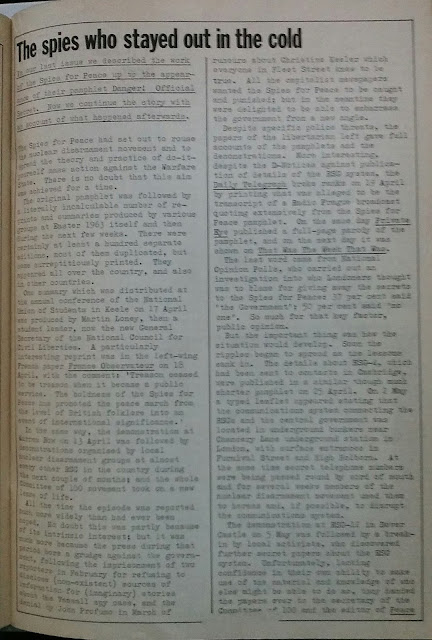 "The Spies for Peace set out to rouse the nuclear disarmament movement and to spread the theory of do-it-yourself mass action against the Warfare State. There is no doubt that this aim was achieved for a time ... " 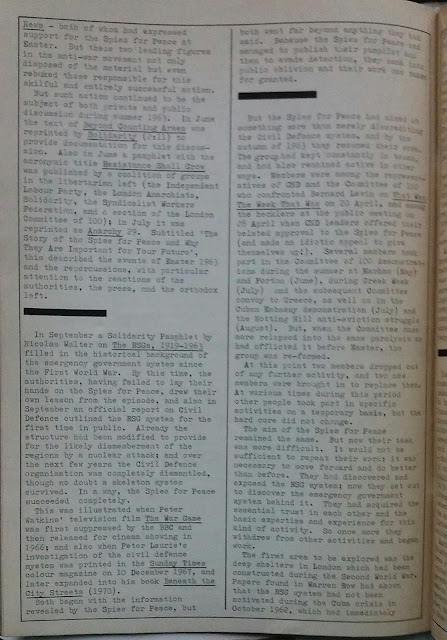 "... But the Spies for Peace had aimed at something more than merely discrediting the Civil Defence system, and by the autumn of 1963 they resumed their work... "


"... The implication was that in the event of nuclear war London would be virtually abandoned to its fate - but this was no news for anyone who had read the original Spies for Peace pamphlet..." 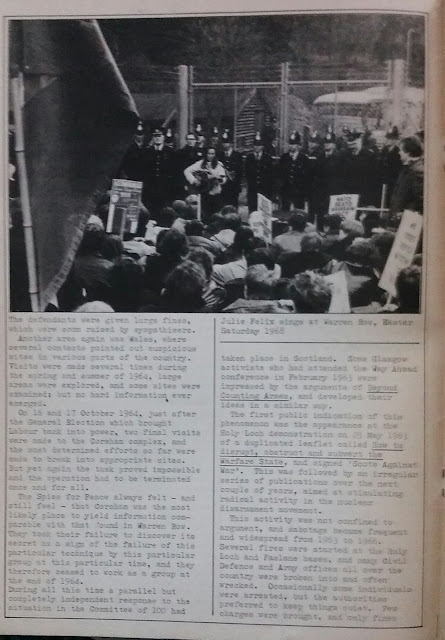 "... During all this time [1963-64] a parallel but completely independent response to the situation in the Committee of 100 had taken place in Scotland..." 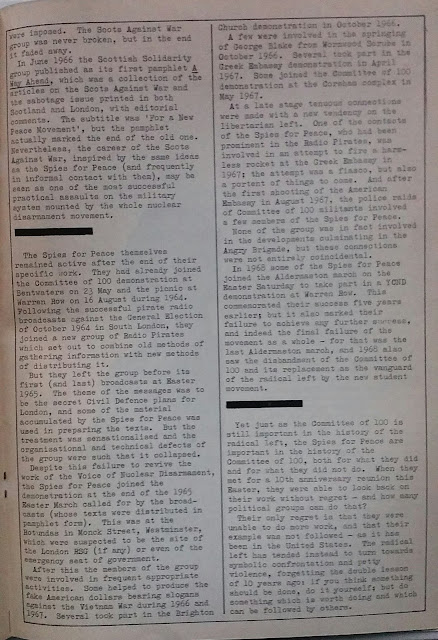 "... Their only regret is that they were unable to do more work, and that their example was not followed - as it has been in the United States. The radical left has tended instead to turn towards symbolic confrontation and petty violence, forgetting the double lesson of 10 years ago: if you think something should be done, do it yourself;.but do something which is worth doing and which can be followed by others."